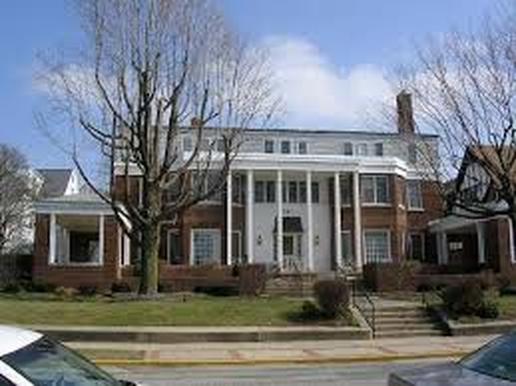 Kappa Kappa Gamma was founded on October 13, 1870 at Monmouth College in Monmouth, Illinois by Anna Willis, Mary Stewart, Mary Louise Bennett, Hannah Boyd, Martha Stevenson, Susan Walker. Our badge is the golden key and our colors are light blue and dark blue, which symbolizes the soft velvety blue approaching of the cornflower in shade. Our jewel is the sapphire and is recognized as the symbol of truth, sincerity, and constancy. Our flower is the fleur de lis and was chosen because of its general stateliness and grace and because it combines the two blues of the Fraternity. Our symbol is the owl, which means wisdom.

Investigation revealed that on March 13th, these women had slipped away to Bloomington, Indiana, and had been initiated in the home of Anna Buskirk as charter members of Iota Chapter of Kappa Kappa Gamma. Kappa Kappa Gamma was a very secret organization during the first few years. Even the place of meeting was kept a profound secret from all but the members.

When the Chapter was organized, the girls lived at home or boarded and roomed in the homes of the town. The meetings were held at the homes of the members. The men’s fraternities had halls in the second and third floors of business blocks. The Kappas were progressive when they decided that there was no reason why the girls, too, should not have halls. After much discussion and argument, they hired one, which was dedicated formally on February 14, 1885. The Kappa mothers looked on the plan with disapproval, and after a term, the girls themselves realized that it was an impractical undertaking for women. They went back to the old custom of meeting in the homes, but the desire for a chapter house grew. It was not until the second term of 1894 that the first Chapter house was rented. The first meeting was held there on February 11, 1894. Thus began thirty years of wandering about from one house to another. In those thirty years, Iota moved twelve times.

In 1924, our house we live in today was built. The chapter moved in in April. It was dedicated on the afternoon of Monday, June 2, 1924. There were over two hundred people present. Iota was the first of the sororities on campus to build. The ritual for the house dedication was written by Sidelia Starr Donner. It was soon adopted for national use.

We are a very diverse chapter and have very strong sisterhood. We have monthly sisterhood events and enjoy spending time in our lounges. Nationally, our Philanthropy is Reading is Fundamental (RIF) and we do a lot of work within the Greencastle community to increase the literacy rate. Every year we send one member to our national leadership academy. Within our chapter we have lots of opportunity for leadership opportunities.